US stocks went up, trimming weekly loss for the S&P 500 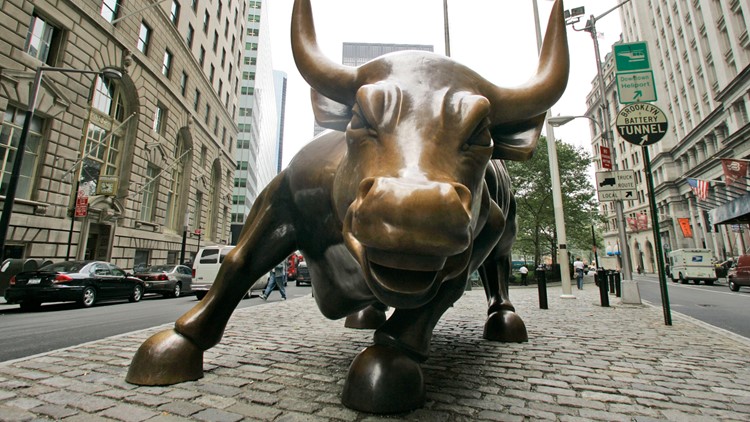 Oatmilk manufacturer Oatly rose another 6.7% on its second day of trading, on top of the 19% climb it had the day before.

Stocks edged higher in afternoon trading Friday, helping trim some of the market’s losses after a volatile start to the week.

Banks and health care companies led the gains, which were kept in check by a drop in technology stocks. Investors remain focused on the possibility of inflation as the economy stirs to life following more than a year of shutdowns related to the COVID-19 pandemic.

Inflation remains a worry for investors in part because it may cause central banks to pull back on their efforts to support job growth before the economic recovery is fully realized.

Analysts have also said investors are looking further ahead, beyond the recovery, and wary about potential tax changes and the impact on growth.

The U.S. Treasury Department supports a global minimum corporate tax rate of at least 15% as part of an effort to end what it calls “a race to the bottom” as countries compete with each other to cut corporate tax rates and lure multinational companies.

President Joe Biden has proposed raising the U.S. corporate rate from 21% to 28% and imposing a minimum tax of 21% on companies’ overseas earnings.

Oatmilk maker Oatly rose another 6.7%, following the 19% climb it made a day earlier on its first day of trading.

Nvidia, the graphics card and chip manufacturer, rose 2.1% after the company announced a four-for-one stock split. Nvidia was one of the biggest gainers of 2020.

Treasury yields were mostly stable. The yield on the 10-year Treasury note held steady at 1.63%.

On Facebook: Should we fine people who do not seek treatment as soon as the first symptoms appear and subsequently test positive for Covid-19?, Forum News & Top Stories

On Facebook: Should we fine people who do not seek treatment as soon as the first symptoms appear and subsequently test positive for Covid-19?, Forum News & Top Stories